What You Should Know About Air Purifiers: A Fact Sheet

Do You Know Everything About Air Purifiers? 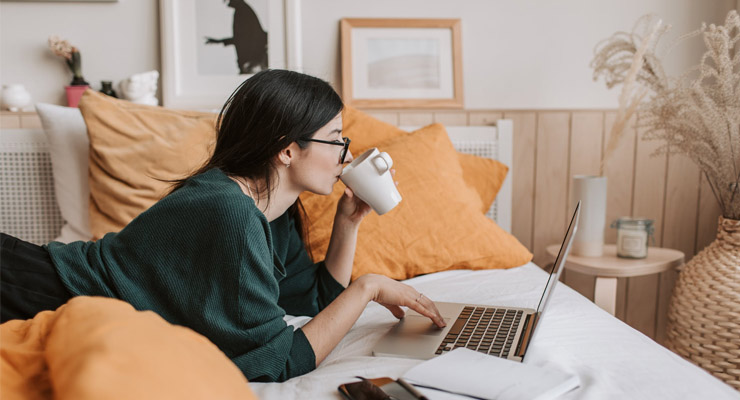 More and more people wonder what you should know about air purifiers, including what they do, how they work, when you need one most, and what types there are.

More than ever, people are being exposed to pollutants and contaminants in the air inside their homes.

But where to start?

Through this article, you’ll discover:

People spend a lot of time indoors, often more than they realize or want to admit, and this can be especially true for those who live in urban areas where outdoor pollution is high.

The air inside your home may be worse than you think.

What Are the Different Types of Air Purifier Technologies on the Market?

There are three types of air purifiers on the market: HEPA, UV, and charcoal. Each one functions a little differently, but they all have some things in common. They can help remove pollutants from your indoor air like bacteria, viruses, molds, and allergens.

The main difference is how fast that happens with HEPA filters taking about an hour to do their job while other technologies take hours or days.

The reason why you would choose one type over another depends largely on what it has been designed for use against (for example if someone needs protection not just from airborne contaminants but also pets and smoke).

These come at a higher price point than UV-C models because their filters offer superior particle removal capabilities.

HEPA filters capture 99% of particles as small as .03 microns in size, which is the size that most airborne contaminants are at.

These purifiers use UV-C technology to break down particulate matter like bacteria and viruses by exposing them to ultraviolet light energy without ozone production or chemical reactions.

The process can take up to 12 hours for an area with moderate contamination levels, but it will last longer if the pollution level is high.

It also functions as an ionizer1 because these pollutants attract negatively charged ions from airborne molecules such as oxygen and water vapor, which binds them with the carbon granules and removes them from the air.

Ozone2 is a molecule made up of three oxygen atoms instead of those found in ordinary, healthy air. It also has an unstable molecular structure with extra electrons and can react chemically to other substances like nitrous oxide or hydrogen sulfide when it comes into contact with them.

The main reason why ozone has made a big name for itself is that it not only depletes the number of particles that enter your respiratory system but also purifies them by breaking down their chemical properties, making them less harmful.

As it turns out, ozone also reacts with other substances to create more of itself. This makes it a great solution for reducing the level of pollution in your home because it keeps on creating and destroying more ozone molecules as needed.

This means that an ounce of prevention is worth a pound of cure when you can’t get outside or up higher into the atmosphere.

Yes. Ozone is a powerful oxidizer, meaning that it can break down and destroy particles of certain sizes from the air to reduce pollution levels.

This includes nicotine, viruses like influenza or rotavirus, bacteria such as pseudomonas and staphylococcus, and more.

It can also remove other types of chemical pollutants like formaldehyde3, benzene, and trichloroethylene.

However, ozone can also be toxic to humans if it’s not used in a controlled environment since it has been shown to irritate the eyes and lungs and cause headaches or even dizziness when exposed for too long.

The effects of exposure depend on the level of concentration with people who are sensitive being less able to handle even small amounts before they start experiencing symptoms.

In contrast, others may only feel discomfort after prolonged periods (or under high concentrations).

What Are the Health Concerns?

Even though ozone is a powerful oxidizer, it can be toxic to people if used in an uncontrolled environment.

It has been shown that exposure for too long or under high concentrations can irritate the eyes and lungs and cause headaches or dizziness.

The best way to control this is by using an air purifier with an activated carbon filter because these will absorb odors without producing any harmful gas particles.

These models use a high-frequency sound wave to create negative ions, which remove pollutants from the particles in the room.

The downside is that these can be very expensive and only work well in small areas like cars or boats.

This works by generating an electrical charge with metal plates, which then attracts airborne molecules such as water vapor (H20) and nitrous oxide4 (NOx), binding them together with other chemicals until they react into oxygen gas.

However, ionic cleaners also need a balance between positive (+) and negative (-) charges for this process to take place, so it may not work effectively if there’s too much dust or other particles in the air.

What Is the Best Way to Control Indoor Air Pollution?

The best way to control indoor air pollution is with an ionic purifier.

The device creates a negative charge by using metal plates that attract water vapor and nitrous oxide particles, binding them together until they reach oxygen gas.

It’s also important that you use this type in conjunction with an activated carbon filter because it will absorb odors without producing any harmful gas particles.

Air purifiers with ozone also work well in controlling indoor air pollution, but it’s important to take precautions and be careful of how much you expose yourself to this gas.

Try using an ionic purifier that will not only remove the pollutants from your home but is less harmful since it produces no traces of toxic chemicals whatsoever, unlike a portable device that emits ozone, for example.

It’s always advisable to invest in higher-quality models because they have been shown to last longer than cheaper ones and clean better.

When you decide on one, make sure that there are no reports of defective parts or other issues before purchasing.

What Is the Best Time to Use an Air Purifier?

The best time of day to use a cleaner would be in the evening when you’re at home.

This way, it will also remove any allergens that may have gathered from indoor plants or dust while there’s less chance for mould spores and other pollutants coming into contact with your respiratory system5.

It’s not recommended, however, to leave one running overnight because this can irritate people who are sensitive to ozone since they could find themselves waking up several hours later feeling dizzy and lightheaded. This might lead them to believe that they were suffering from some sleep deprivation even though it was just caused by overexposure.

What Is a Portable Air Purifier?

A device that can be used anywhere, such as in the home or while traveling, unlike an ionic cleaner which is better suited for smaller locations.

They’re designed to trap allergens and other particles floating around before they reach your respiratory system.

What Are the Benefits of an Ionic Purifier Over a UV One?

Ionic air cleaners cost less and have been shown to be more effective, while UV models are typically used in hospitals due to their high price tag.

Can I Use an Ionizer in the Bedroom?

The best place to use an ionic purifier is in your living room or other areas where you spend most of your time.

This will keep allergens and dust at bay, making it easier for you to breathe during times when there’s less chance that pollutants are entering into contact with your respiratory system – like while sleeping at night.

What Is the Advantage of Using a Portable Air Cleaner Over a Standard One?

A portable air purifier is easier to move around and will work effectively in smaller areas like cars or small rooms.

What’s more, it can be used with other filters such as an activated carbon filter so if you’re looking for something that has multiple uses then this may be the best option for you.

Air purifiers are an important part of any indoor environment, as they help remove toxins that can cause health problems.

They also capture dust and allergens from the air before releasing clean air into your home or office.

This sheet should provide you with some helpful information about what you should know about air purifiers, how these devices work, and what types of pollutants they filter out, so you’re able to make a more informed decision when purchasing one for yourself.