What Does an Ionizer Air Purifier Do?

Written by Mark Johnson
Rated from 225 reviews
Should You Use an Iionizer Air Purifier? Here’s a Guide With All You Need to Know, From the Types to The Benefits & if They Really Work. Keep Reading… 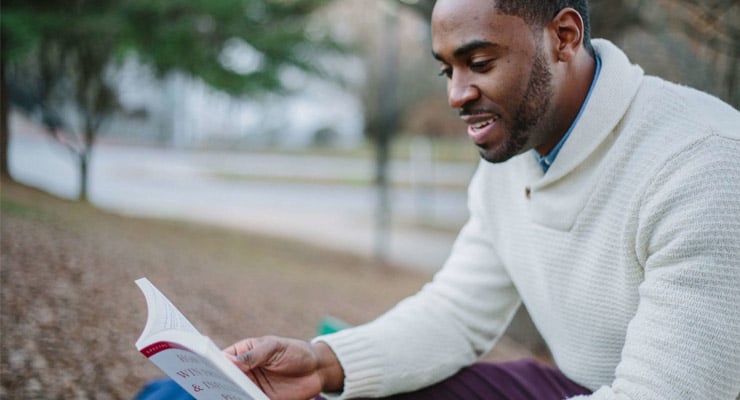 Ionizer air purifiers are devices that have been developed to remove harmful particles from the air.

Ionizing technology releases electrically charged molecules in ions, which attach themselves to pollutants and neutralize them.

Ionizers are an excellent way to keep your home or office clean and healthy for you and your family members. This article will discuss everything you need to know about ionizer air purifiers, including their function, benefits, and the available different types.

But where to start?

Through this article, you’ll discover:

What Is an Ionizer Air Purifier?

To understand ionizer air purifiers, it’s essential that you first know the difference between an ion and a molecule1. An Ion has either a negative or positive charge, while molecules are neutral in order.

These charges exist because of how atoms interact within matter. Positively charged ions will work together with negatively charged particles for a neutral result.

Ionizer air purifiers emit negatively and positively charged ions into the air and attach themselves to particles such as dust, mould spores, pollen, and pet dander.

This process neutralizes the charge of these particles so they can no longer cling to furniture, walls, or other surfaces within your home.

Ionizers can also break down chemicals and pollutants into smaller particles which makes them more easily inhaled by human lungs.

How Do Ionizer Air Purifier Work?

Air purifiers work in a simple way. Ionizers use electricity to separate the ions already present in the air.

It does so by using electrodes that produce either positive or negative ionization depending on their polarity.

These charged particles are then drawn towards opposite charges via an induced current, giving rise to the ‘air cleaning’ effect of ionizer air purifier devices.

Ionizers are also known as ozone generators, and this is because they can produce oxygen ions which have powerful oxidizing properties. These O+ ions are used to destroy bacteria, smoke particles, or other forms of allergens in the air.

Ionizer air purifiers come with either automatic timers or remote controls so that users don’t have to worry about turning them on at night when going out for vacations.

Ionizers are known as natural air purifiers because they can be used to neutralize foul odors.

They don’t create the same ozone produced from standard ion generators, which may have adverse health effects.

Yes, ionizer air purifiers work very well. Ionizers have been used for many years in a wide variety of industries as air purification devices.

They are still being sold today because they produce clean air free from allergens such as bacteria2 or smoke particles.

Ionization also works by neutralizing foul odors, which makes an ionizer air purifiers ideal for those who want an environmentally friendly way to keep their homes smelling fresh and clean at all times.

Since it does not use harmful chemicals like other cleaning products, you can rest assured that ionizer air purifiers are safe for the entire family to use, even the children.

Ionizers are also quick and easy to use, which means you can turn them on before going out for errands during your busy day or while leaving the country for a few days, without having to worry about coming home to dirty living conditions.

There are several different ionizer air purifier devices that you can purchase from retail stores or online. Ionizers come in a wide variety of shapes and sizes, but they all work on the same principle described above.

Stand Alone Ionizer Air Purifiers: These models have an attached ozone plate used to kill bacteria without using chemicals like bleach or other harsh cleaning products.

They don’t require any filters either because they rely on electrodes within their design to produce ions into the environment around them.

Mini Ionizer Air Purifiers: This type has been explicitly designed for one room at a time so that users can get localized clean air production wherever it may be needed most – especially during allergy season.

Ionizer Air Purifiers with a HEPA Filter: These models have an added filter to help capture smaller particles that may be in the air, although they can still cause health issues for people who have asthma or other serious respiratory diseases3.

Ionizers are not recommended for those who want their entire home cleaned because of this reason.

What Are the Benefits of Ionizer Air Purifiers?

There are many benefits associated with ionizer air purifiers, this include:

These are just some of the many benefits ionizer air purifiers have to offer.

If you want clean air and a way for your house to smell great, Ionizers are worth considering, as they can help keep harmful bacteria or smoke particles away from home all year round.

Should You Use an Ionizer Air Purifier?

Ionizer air purifiers are beneficial for those who want to breathe clean and fresh air.

Ionizers help eliminate bacteria, smoke particles, allergens5, and other forms of impurities from the air, which is excellent if you have family members with asthma or allergies living in your household.

Ionization also works as a natural deodorant since it can destroy foul odors without using harmful chemicals that may cause more harm than good when inhaled by humans.

For homes where there are smokers around, an ionizer would be perfect because they neutralize cigarette smells so much better than any form of cleaning product out there on the market today, making them an essential air purification device for those who want to stay healthy.

Ionizers are also great for eliminating foul odors caused by cooking or pets, making ionizer air purifiers a perfect choice for homes where there is someone with asthma around all the time.

When Should You Use an Ionizer Air Purifier?

It would be best if you used Ionizer air purifiers during the following times:

Suppose you have asthma or allergies in the household. In that case, ionizer air purifiers can be beneficial as they neutralize foul odors from cigarette smoke so much better than any form of cleaning product out there on the market today.

Ionization also works as a natural deodorant by destroying smells caused by dogs, cooking food, or even emitting from humans themselves.

Ionizers are worth looking into.

Ionizers typically work for up to five years before needing any maintenance.

The only thing that may need replacing is the ozone plate, which can be purchased online at a very affordable price compared to other forms of home air purification systems in today’s market.

Where Are Ionizer Air Purifiers Used Most Often?

Homes and offices are two locations where ionization has become increasingly popular because ionizers destroy harmful bacteria and particles in the air.

Are There Any Drawbacks to Ionizer Air Purifiers?

Ionizers only work in confined spaces and don’t produce clean air that spreads throughout your entire home or office space, so it’s recommended that they be used in smaller rooms.

How Much Do Ionizer Air Purifiers Cost?

The cost of ionizer air purifiers varies depending on the size, model, and brand you’re looking at. Ionizers can be purchased for as low as $150 to upwards of $500.

This is just a rough estimate due to all variables that come into play when buying Ionizers online or in-store.

An ionizer air purifier is an excellent way to improve the indoor air quality in your home. This technology will be able to remove particles, allergens, and bacteria from the environment.

If you’re looking for a solution that can help reduce allergies or asthma symptoms, then this might be something worth considering.

We hope that our guide has been helpful and you find the ionizer air purifier that’s right for your home.